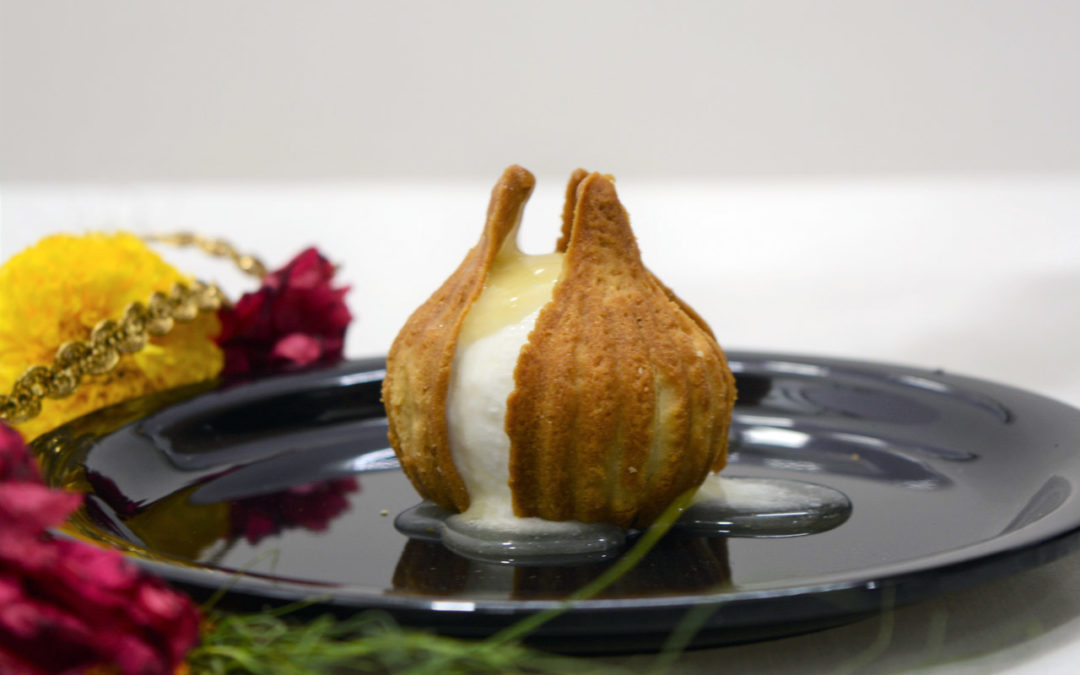 India is a foodie’s paradise. Our long-held food traditions and the unbelievable variety of Indian cuisine makes it such a treasure trove of culinary delights, unlike any other this world has to offer. The mind-boggling variety, the native cooking techniques and the lesser-known seasonal delicacies have all made our food legacy incredible. And ever since the start of Icestasy we had all agreed that it’s these local tastes that would form a major part of our offerings and help us stand apart. We are home to a great number of delicious desserts that are very much an intrinsic part of our meals. 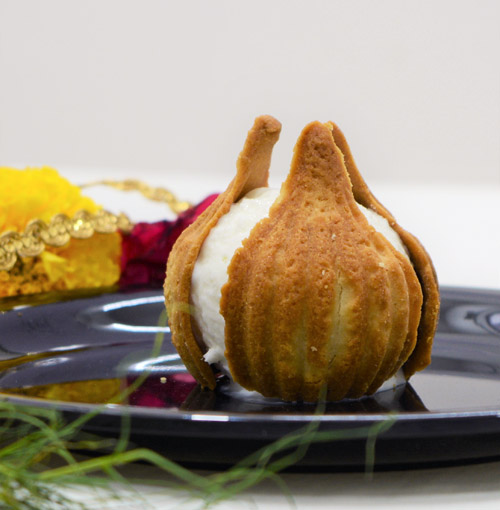 Food also is an integral part of our festivities. Each and every Indian festival brings with it the joy of a celebration and ceremonious food that we await all year long. Ganesh Chaturthi, one of the most majestic festivals is the time when people In Maharashtra relish the distinctly shaped stuffed rice flour dumpling called the Modak. The traditional Modak recipe has been passed down through generations and is offered to Lord Ganesha as “Prasad”.

While most ice-cream makers tilted towards international desserts such as Tiramisu and Cheesecake for inspiration, our desi, delectable sweet gems were completely ignored. We realized that we had to bring out the original recipes of Indian sweets each with their own distinct texture, taste and richness and serve delicious scoops out of them.

Staying true to our belief of providing gourmet ice-creams, we tested on our Maharashtrian specialty of Modak very early in our evolution.

Our initial batch of this festive delicacy was well received. We were hardly 3 months old and we got our first order from a large vendor who caters to the state-level political big-wigs. It was a good start. But we sure had much higher expectations. If we were to launch this unique ice-cream flavor, we needed the necessary buy-in in greater quantities. It’s then that we set out asking everyone in our circle to try it out and help us in understanding if there were any areas of improvement. Our efforts were directed in bringing out the traditional taste that seemed to be missing in many Ganesh Chaturthi special sweets today. All the attempts resulted in us getting a great reception and we touched higher pre-sell orders in comparison to other flavors.

In the traditional style, the sweet filling on the inside of a Modak is made of freshly grated coconut and jaggery while the outer softshell is made from rice flour. While some other players in the market converted the Khova sweet “Peda” into Modak ice-cream, our development team deserved a pat on their backs for being true to the authentic dish. These early successes also led us to confidently try out other native flavors such as our Solkadhi ice-cream.

Another realization we had last year was that just as the real taste is important for Modak, the customary shape also plays a key role in giving the finest experience. A lot of research was done, various kinds of moulds were tried; we succeeded in some but that yielded only partial results. As our study and experimentation kept getting stronger, a solution was eventually worked out.

So, in order to relish and get a wholesome experience this Ganesh Chaturthi, Icestasy Modak ice-cream will be served along with accessories such as the petals and jaggery sauce in accompaniment.

So, now you don’t have a reason to not celebrate Ganesh Chaturthi with this delicacy that leaves you satiated and with a taste of wanting more. And the most amazing part, this original crafted ice-cream flavor doesn’t have it’s Visarjan at the end of the festival season. You can savour it all through the year 🙂